Sapphires from different geographic locations may have different appearances or chemical-impurity concentrations, and tend to contain different types of microscopic inclusions. Because of this, sapphires can be divided into three broad categories: classic metamorphic, non-classic metamorphic or magmatic, and classic magmatic.

Sapphires from certain locations, or of certain categories, may be more commercially appealing than others, particularly classic metamorphic sapphires from Kashmir, Burma, or Sri Lanka that have not been subjected to heat-treatment.

The Logan sapphire, the Star of India, The Star of Adam and the Star of Bombay originate from Sri Lankan mines. Madagascar is the world leader in sapphire production specifically its deposits in and around the town of Ilakaka. Prior to the opening of the Ilakaka mines, Australia was the largest producer of sapphires (such as in 1987). In 1991 a new source of sapphires was discovered in Andranondambo, southern Madagascar. That area has been exploited for its sapphires started in 1993, but it was practically abandoned just a few years later—because of the difficulties in recovering sapphires in their bedrock.

In North America, sapphires have been mined mostly from deposits in Montana: fancies along the Missouri River near Helena, Montana, Dry Cottonwood Creek near Deer Lodge, Montana, and Rock Creek near Philipsburg, Montana. Fine blue Yogo sapphires are found at Yogo Gulch west of Lewistown, Montana. A few gem-grade sapphires and rubies have also been found in the area of Franklin, North Carolina.

The sapphire deposits of Kashmir are well known in the gem industry, although their peak production took place in a relatively short period at the end of the nineteenth and early twentieth centuries. They have a superior vivid blue hue, coupled with a mysterious and almost sleepy quality, described by some gem enthusiasts as ‘blue velvet”. Kashmir-origin contributes meaningfully to the value of a sapphire, and most corundum of Kashmir origin can be readily identified by its characteristic silky appearance and exceptional hue. The unique blue appears lustrous under any kind of light, unlike non-Kashmir sapphires which may appear purplish or grayish in comparison. Sotheby’s has been in the forefront overseeing record-breaking sales of Kashmir sapphires worldwide. In October 2014, Sotheby’s Hong Kong achieved consecutive per-carat price records for Kashmir sapphires – first with the 12.00 carat Cartier sapphire ring at US$193,975 per carat, then with a 17.16 carat sapphire at US$236,404, and again in June 2015 when the per-carat auction record was set at US$240,205. At present, the world record price-per-carat for sapphire at auction is held by a sapphire from Kashmir in a ring, which sold in October 2015 for approximately US$242,000 per carat (HK$52,280,000 in total, including buyer’s premium, or more than US$6.74 million). 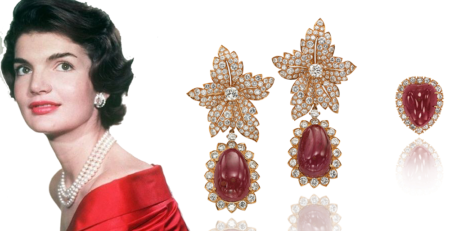 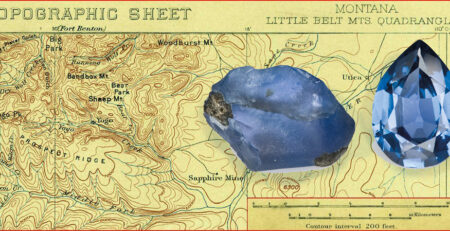 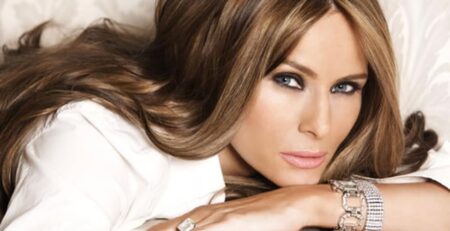 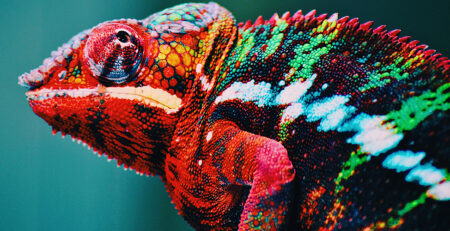 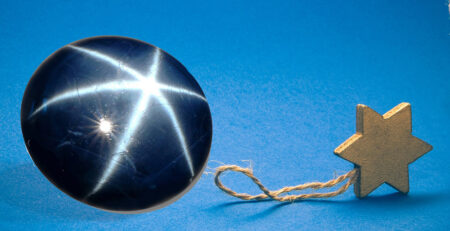